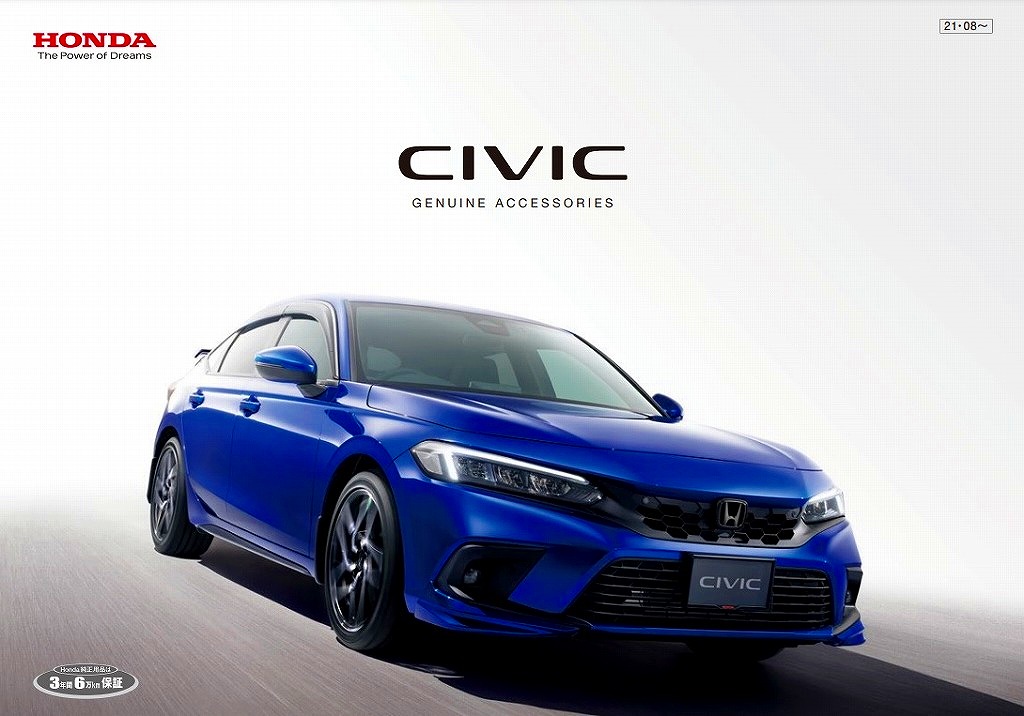 The predecessor model, Honda Civic, which was popular all over the world, has undergone a full model change and is now on sale today.
For the new Civic in Japan, the sedan set in the previous model will be abolished and only the hatchback will be sold.

With the release, JDM Yamato will also start selling genuine accessories sold by Honda Access from today.
The lineup does not seem to have changed significantly from the past.
Exterior accessories such as door mirror covers and black emblem LED fog lights, as well as various illuminations of foot lights and side step garnishes have been released.
Goto Purchase

There is also a new wireless charger.
It seems that you can charge devices that comply with the Wireless Power Consortium (WPC) standard.
It's a product that matches the trends of the times, such as the spread of mobile devices and improved performance.
Goto Purchase

We are planning to sell genuine parts other than accessories in the near future.
Please look forward to it!