Japanese Car Subaru Impreza">
The Subaru Impreza has continued to evolve for five generations since its first appearance in 1992, and the super sports "WRX" series in particular continues to attract attention from many sports car fans.

The origin of the car name is a coined word of "Impresa", and it was named with the expectation that it will give a fresh "impression" to a new era.

The first model was developed in 1992 as a sibling of the high-end model "Legacy" based on the concept of "Driver's Compact". It was born as a high-quality sedan wagon that is fun to drive, with a stylish and easy-to-manage body size and sporty exercise performance.
The lineup includes a combination of horizontally opposed 1.5L / 1.6L / 1.8L / 2.0L engines based on FF drive and Subaru's traditional full-time 4WD. In particular, the "WRX" and "WRX-RA" models equipped with a 240ps horizontally opposed 2.0L 4-cylinder intercooler turbo engine are the base models that accompany Subaru's participation in the WRC (International Rally Championship), and have evolved year by year to become highly popular.
In addition, Kyle MacLachlan appeared in the commercial, and CHAGE & ASKA's "no no darlin'" and "Why don't you return" were appointed as the commercial song.

The second generation was released in 2000 with the concept of "high-density sports mind car".
With the theme of "fast, fun, and safe," the original model has been significantly brushed up. It was developed as a model with fun driving, unique styling, high safety performance and environmental performance.
Like the original model, there was a FF model and a full-time 4WD run-up based on the sports wagon and sedan.
The sedan "Impreza WRX" was designed for wide tires and featured a powerful body size of 3 number size with blister fenders.

The third generation was released in 2007 with the concept of "new style".
The chassis has been redesigned as Subaru's global strategic vehicle. Developed on the basis of comfortable driving and high safety, only a rational and lean 5-door hatchback has been released.
On the other hand, the 4-door sedan model appeared as "Impreza Anesis".
In addition, all cars have a body of 3 number size, and have a stylish yet neat body form and a spacious interior space.
In 2007, it received the highest evaluation in the collision safety test and was selected for the "Automobile Assessment Grand Prix", making it a highly safe model.

The 4th generation was released in 2011 with the concept of "New Value Class".
The lineup features the 5-door hatchback model "Impreza Sport" and the 4-door sedan model "Impreza G4" with subnames.
It was also talked about that the pre-crash safety mechanism "Eye Sight ver.2", which was previously adopted in the "Legacy", was installed. 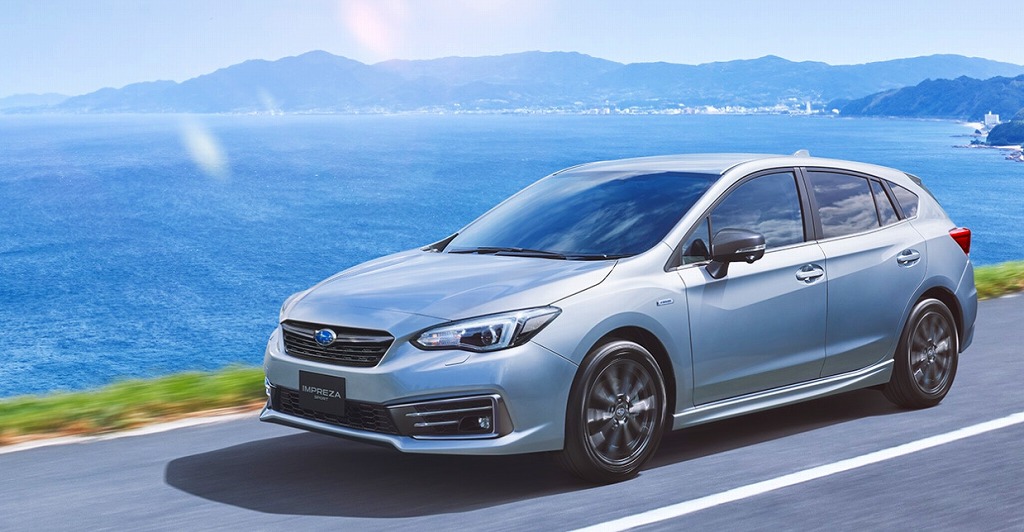 In 2016, the current 5th generation Impreza adopted the new generation platform "SUBARU GLOBAL PLATFORM" to improve steering response and steering stability, and to increase the amount of energy absorption at the time of collision 1.4 times that of the previous model. The occupant protection performance has been improved and collision safety has been improved.

In terms of safety performance, all cars are equipped as standard with the first "pedestrian protection airbag" in Japanese cars.
"Eye Sight ver.3" has a new "lane center maintenance function" and enhanced ACC (cruise control with all vehicle speed tracking function) function, further enhancing safety functions.
"Eye Sight ver.3" is standard equipment on all cars.
The 5th generation Impreza is also the model selected for the Japan Car of the Year 2016-2017 (COTY).


The Impreza will continue to evolve.