The current models GR86 and BRZ are the second generation, which was fully remodeled in 2021, and this time, some improvements were carried out for the first time.

The GR86 and BRZ are FR pure sports cars equipped with a horizontally opposed engine. The first model released in 2012 realized excellent handling performance with the world's top class low center of gravity by mounting a horizontally opposed engine with the features of "low center of gravity", "light weight" and "compact" at a low position.
The 2nd generation GR86 and BRZ are packed with the particulars of Toyota and Subaru. The GR86 has changed the front knuckle material, how to attach the stabilizer, spring rate, etc. to its own, and emphasizes sharp turning and controllability when drifting. On the other hand, BRZ is a model that prioritizes high stability. 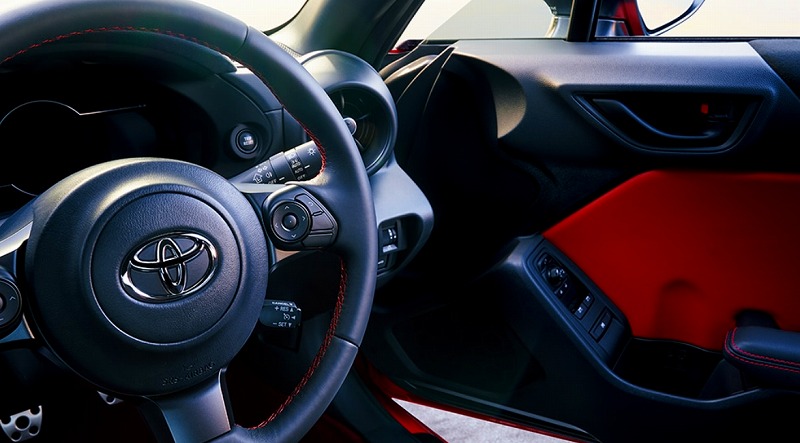 In this partial improvement, the operability of the lighting switch has been reviewed. "Vehicle side light / tail light and OFF" has been changed from 1 position to 2 positions by separating "Vehicle side light / tail light" and "OFF".
With this improvement, more intuitive operation is possible than ever before. This change is to comply with overseas regulations.
In addition, there are no changes to other specifications, prices, grade configurations, etc.

The GR86 and BRZ powertrain's 2.4-liter horizontally-opposed 4-cylinder gasoline engine delivers a maximum output of 235ps / 7000rpm and a maximum torque of 250Nm / 2700rpm, with no changes to specs.
In addition, Subaru's driving support system "EyeSight" installed in the 6-speed AT (Super ECT) is equipped with a stereo camera (two digital cameras). A stereo camera is a system that recognizes stereoscopic images, perspectives, white lines, road shapes, etc. by combining two color images, just like the human eye. The installed "EyeSight" is based on Ver3. In addition to pre-crash braking, ACC (All Vehicle Speed Follow Cruise Control), lane departure warning, preceding vehicle start notification, reverse brake assist, rear side warning support system, etc. have been adopted for "EyeSight". It contributes to safety support in normal driving, collision avoidance, or damage reduction, making it safer. There is no change in the specifications here either.

Toyota plans to add a new lineup of the 10th anniversary special specification car "RZ 10th Anniversary Limited" to commemorate the 10th anniversary of the release of GR86.
In the exterior of the special edition car "10th Anniversary Limited", the special setting color "Flame Orange" is set for the body color. In addition to adopting a special emblem, the interior will adopt a special interior color with an orange accent based on black, and it seems that it will be on sale for a limited time.

Let's go for a drive with GR86 and BRZ, which have evolved the fun of driving more and more.